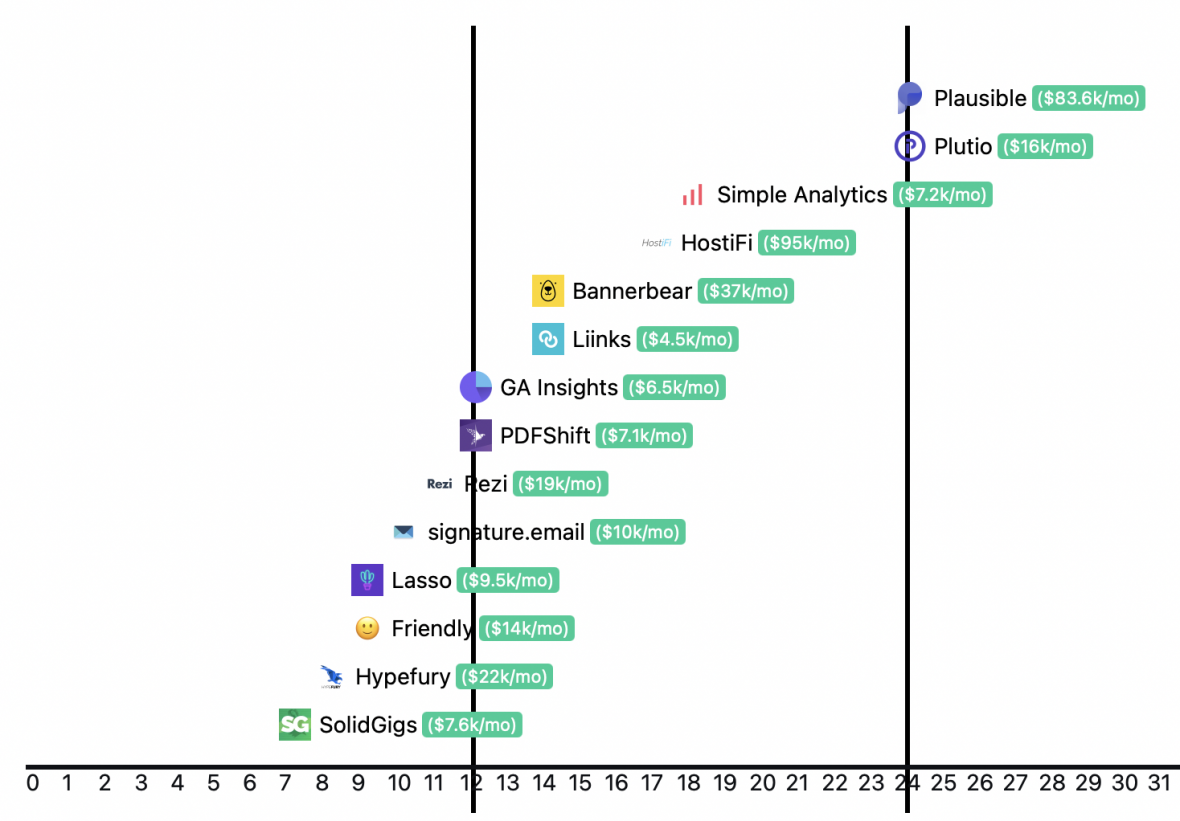 Yes, it is possible for a solo developer to build a profitable Micro-SaaS and quit their job. But how much time it usually takes?

While it depends on the circumstances (where you live, do you have a family to support, etc), I think this amount of MRR lets you at least buy food and pay rent.

But this is revenue, not profit!

Yes, but the only expense for a solo founder is often the server rent, which is not a significant amount (in most cases revenue ~= profit.)

Founders in the making

When we see solo founders reaching $5,000/month in 7 months or so, we usually don’t see what was happening before starting this particular SaaS.

Founders were often working on their previous projects that didn’t work out but eventually led to a startup that did.

I asked some of these microfounders about their first independent project:

When we see that it usually takes years to make the founder that reaches $5,000/mo in a year, what is there left to do right now?

There’s only one thing left to do right now – to work on something that you like.

5mo
One app to manage your entire small business
$16k/mo

Join 2,500+ developers who get the latest microstartups to their inbox, every day