$12k/mo
Easy to use Form Builder for Notion 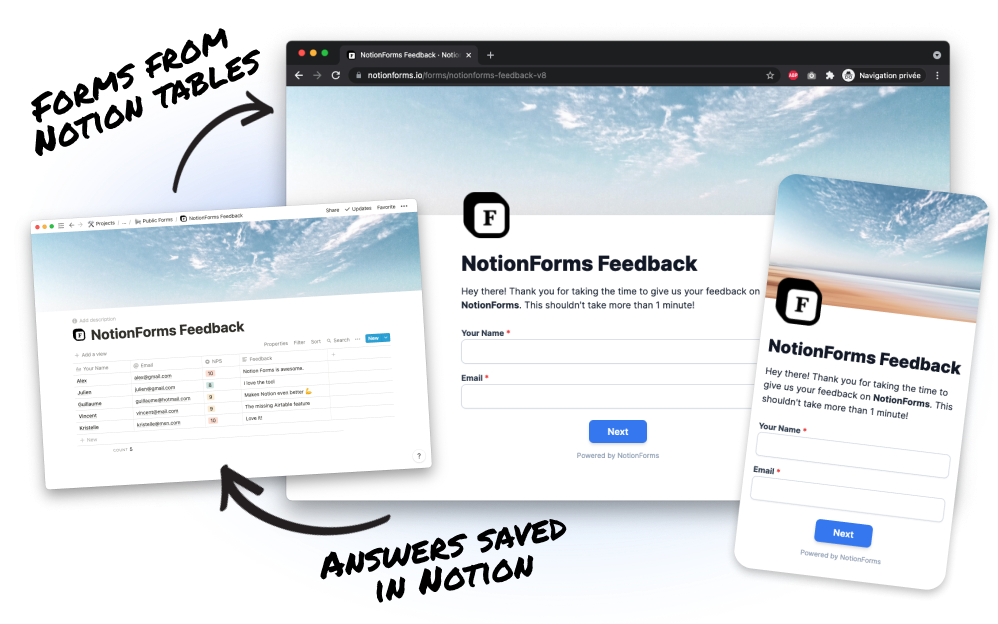 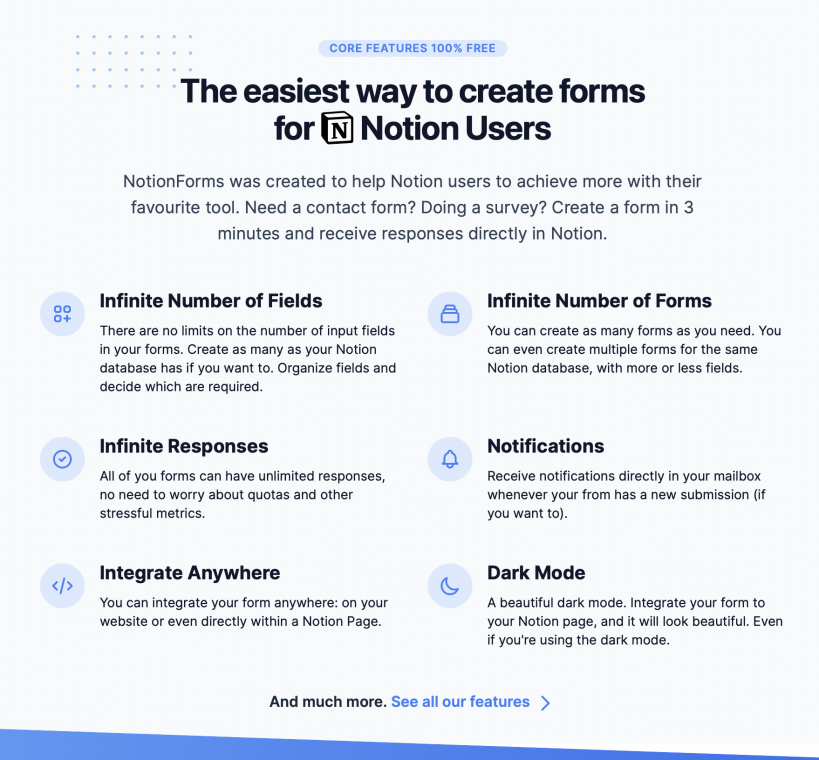 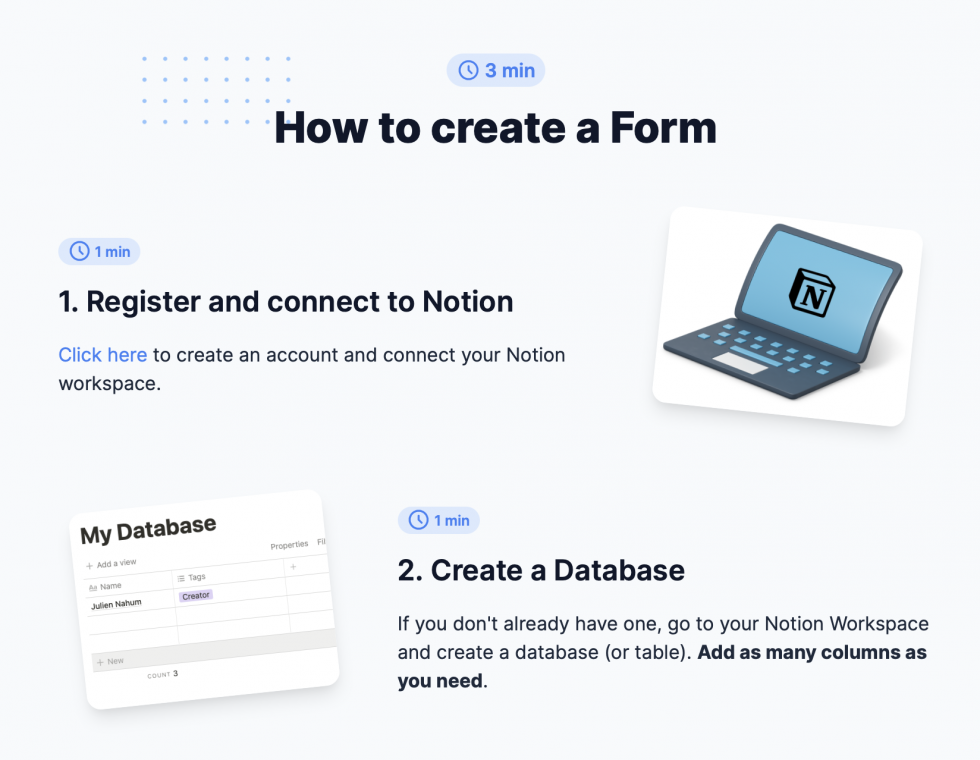 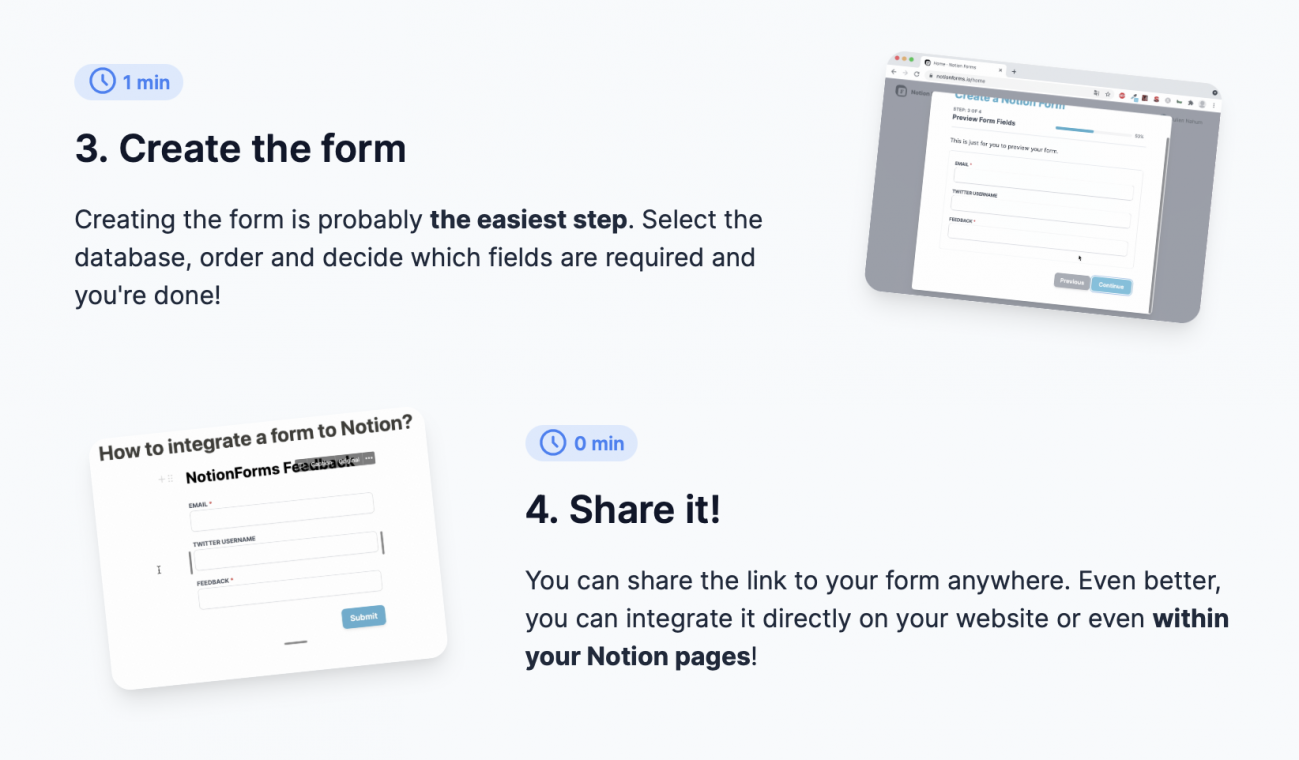 Create beautiful forms to fill your Notion tables. It takes seconds, you don't need to know how to code and it's free.

Rauno Metsa
I see many, many SaaS startups built on top of Notion. Actually, it's the #3 platform among microfounders here.

But form builders are quite a competitive field. What led you to build this?
Julien Nahum 🚀
A long time ago when doing an internship in a startups, I discovered Airtable and I was amazed to see non-technical person working with databases. Airtable has a built-in form feature that was used a lot in this Start-up.

Later on I was using Notion a lot, and as I dev I was a bit frustrated that they didn’t have an API. I was super excited when they finally released their API, so I decided to build something with it. I remembered the Airtable forms and decided to go with it!
Rauno Metsa
How did you find your first customers?
Julien Nahum 🚀
I built the MVP in a few days, and shared my progress on twitter along the way. When I had something “usable”, I made it available to people. I shared it on twitter, on Notion-related Facebook groups and on Reddit.
Rauno Metsa
How are you finding your customers today?
Julien Nahum 🚀
Here’s the breakdown, as reported per users (graph shows for last few months). It’s a mandatory field on the registration form. 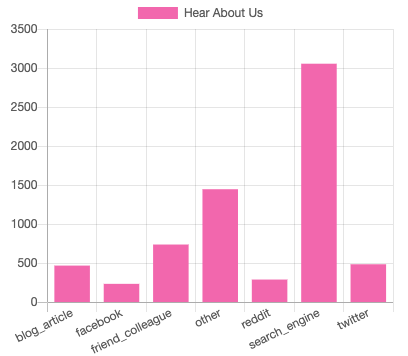 Products like NotionForms are cool because they have a “virality” built-in. People create forms, they embed them on their site/notion page. Respondents discover the tool, but more importantly, Google sees the embeds, and consider them as backlinks, which is amazingly effective for SEO.
Rauno Metsa
Advice for other microfounders who want to get started?
Julien Nahum 🚀
I think the hardest thing is just to start. Personally, I decided to go full time even before I had a project in mind. It was a very stressing decision, and even though my close ones were supportive I did feel some kind of peer pressure.

Leaving one of the Big Tech to go solo can easily make you sound crazy. I think what really made me do it (aside from the amazing support from my girlfriend) was to think about the risks I was taking. I realized that:

- I didn’t need a lot of money to live (no children, I just need to worry about my own survival)
- I had some savings from a previous exit. Nothing huge to be honest.
- I could easily make more money than I need by freelancing
- I could easily find another job if I needed to
- By doing it I could potentially be 1000x happier than I was as an employee. It turned out I am a lot happier now.